The Natives in Tech conference is less than 2 weeks away and we are excited about the content that will be presented this year!

This is our second annual conference. Last year we had 8 speakers and this year we have 7. You can see last year's conference on our YouTube playlist.

The conference is free for anyone. If you have the means to support the conference you can make a donation through our Open Collective.

If you are a corporation we are accepting donations as well. If your organization is interested in donating or sponsoring then reach out to hello@nativesintech.org. We are a 501(c)(3) non-profit and we can issue a tax receipt.

We'd like to raise our hands to Asquera for their early commitment to donating to this event. Thank you.

Bringing Technical Education to your Community

Hear from two young voices in engineering and technology and their experiences as educators at The STEAM Connection. The STEAM Connection is a nonprofit that creates diverse, accessible, and affordable EduTech educational materials for young kids through robotics. Danielle Boyer (Ojibwe) is a teen inventor, author, educator, and founder of The STEAM Connection from Troy, MI. She is also one of PEOPLE's Girls Changing the World and a L'Oreal Women of Worth Honoree. Shawn Ray (Navajo) is a young undergraduate student in Electrical Engineering who has worked for NASA, creates impressive robots, and works to engage Indigenous peoples in technology. He is also an AISES Member of the Year at his chapter. Together, they talk about how to bring technology education to your community in an affordable and accessible way, utilizing resources like robotics and 3D printing.

Holly will talk about why Machine Learning is on the rise and how we can use ML tools to empower Indigenous peoples by creating applications that preserve our Indigenous languages and traditional knowledge systems.

Join Stephen for a talk about Augmented Reality (AR) face meshing app in support of raising awareness for MMIW. He'll go over some critical statistics around MMIW, the designs for the app, and dive into the code. The code portion will cover AR Core's face meshing and animations in Motion Layout. He'll even be giving a sneak peak to progress we've made in the Android app with a demo.

Decolonizing Digital: How I learned to stop worrying and love ID-Sov

Jeff will be discussing the basics of Indigenous Data Sovereignty, why it’s important, how he stumbled into it, and how Animikii is attempting to support it via their software called Niiwin.

Amelia Winger-Bearskin is an artist/technologist who helps communities leverage emerging technologies to effect positive change in the world. She is a Senior Technical Training Specialist at Contentful in the SF Bay Area.  In 2019 she was an invited presenter to His Holiness Dalai Lama’s World Headquarters in Dharamsala for the Summit on Fostering Universal Ethics and Compassion. She founded IDEA New Rochelle, which partnered with the NR Mayor’s office to develop citizen-focused VR/AR tools and was awarded the 2018 Bloomberg Mayors Challenge$1 million dollar grant to prototype their AR Citizen toolkit. She is a Google VR JUMP Start creator, co-directing with Wendy Red Star a 360 video story about Native American Monsters which was selected for a McArthur Grant through the Sundance Institute Native New Frontiers Story Lab 2018. It is on display at Newark Museum beginning February 2019.

Speech recognition and synthesis technologies are rapidly evolving and improving, but the technologies only work for mainstream languages. One primary challenge for indigenous communities wanting to use these tools to is obtaining enough digitised, labeled data. In this talk, Keoni demonstrates how Te Hiku Media overcame this barrier by collecting more than 300 hours of labeled speech corpus in just 10 days. This enabled them to build the first automatic speech recogniser (ASR) for te reo Māori using Mozilla’s DeepSpeech. They now use their ASR to accelerate the transcription of native speaker archives.

The conference is very thankful for all the speakers who are presenting this year and their amazing topics! We look forward to seeing everyone on Nov 21st. 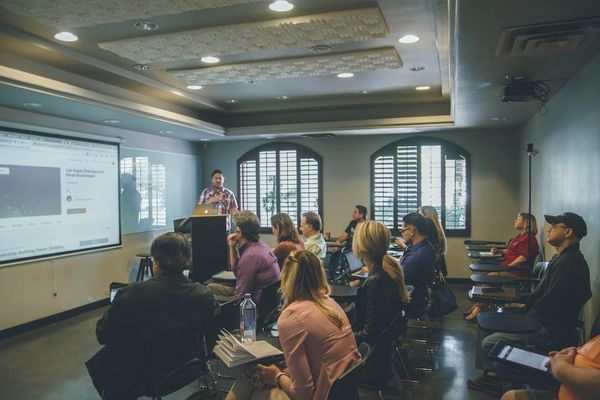 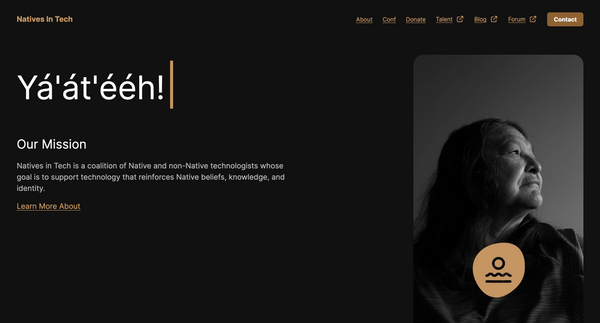 Over the past few weeks Natives in Tech has been working on a rebrand. This rebrand is different from years past when we were just working with what we had.